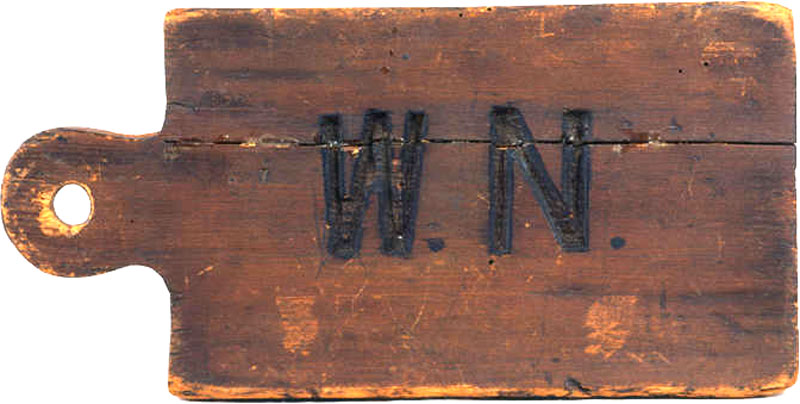 What was Welsh Not?

‘Welsh Not’, or sometimes just the initials ‘WN’, was a phrase etched onto a wooden board, designed to be worn around the neck. These were commonly used in Welsh schools during the C19th as a way to shame any child who was caught speaking Welsh. The pupil would be made to wear the sign until another child was caught and the board was passed on to the culprit. At the end of the school day, the child wearing the Welsh Not would often be beaten or punished in some way.

It was a practice which started at a time when the Welsh language had been diagnosed as a kind of ‘sickness’ that was harming Welsh people. This view was officially sanctioned by the UK government with the publication an 1847 report into the state of Welsh education – commonly known as the Blue  Books. It concluded that the Welsh language was the cause of stupidity, sexual promiscuitiy and unruly behaviour.

The cure was to completely remove the Welsh language from schooling – despite it being the everyday language of the majority. And this idea took hold, it became generally accepted that the Welsh language was a ‘problem’ and the practice of Welsh Not was borne. It wasn’t imposed on schools from above; it was a self-inflicted poison.

Parents and teachers accepted what they were told and saw it as a practical way to remove Welsh from the classroom. This general mindset shaped the creation of a Welsh education system designeed to remove the ‘danger’ of children being exposed to their own language and culture.