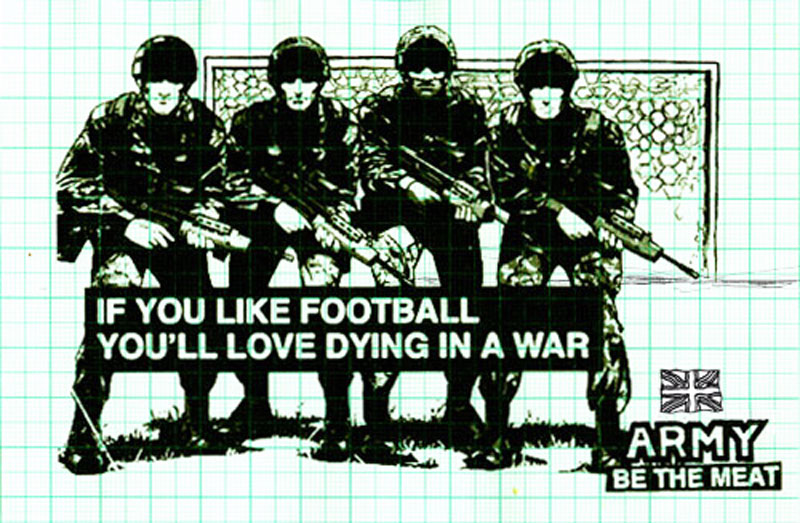 These Xbox trained killers have replaced coal as our country’s main natural resource. And it’s a resource we have a plentiful supply of; thanks largely to this same elite having switched off Welsh industry and replaced it with a few call centres.

It has created a country brilliantly geared towards pumping out disillusioned, poorly educated and nihilistic teenagers – the ideal recruits for the British Army.

While the Welsh make up 5% of the UK population, the British Army finds 8% of its new recruits from our towns and cities. Despite the cutbacks, each year another 1,000 more will sign on the dotted line.

if you’re really lucky, and not too horrifically injured, you may even get a visit from a man called Carwyn Jones.

It’s part of a ‘goldrush’ for military recruiters. The military is everywhere in Wales. In our schools. Parading up-and-down our empty high streets. Hugging Welsh celebrities. In our newspapers. Marching triumphantly around our sports grounds.

It’s a barrage of propaganda which pummels into young heads from every direction; a relentless military campaign, as ruthlessly efficient as any drone strike. And who can blame Welsh school leavers for being attracted to the army when the alternatives seem so utterly crap?

You can have a lifetime battling debt, struggling to pay rents, being told you’re a waster/shirker/scrounger by the media and government. You can scrabble between bouts of dole and low-paid, short contract jobs. You can have all that. 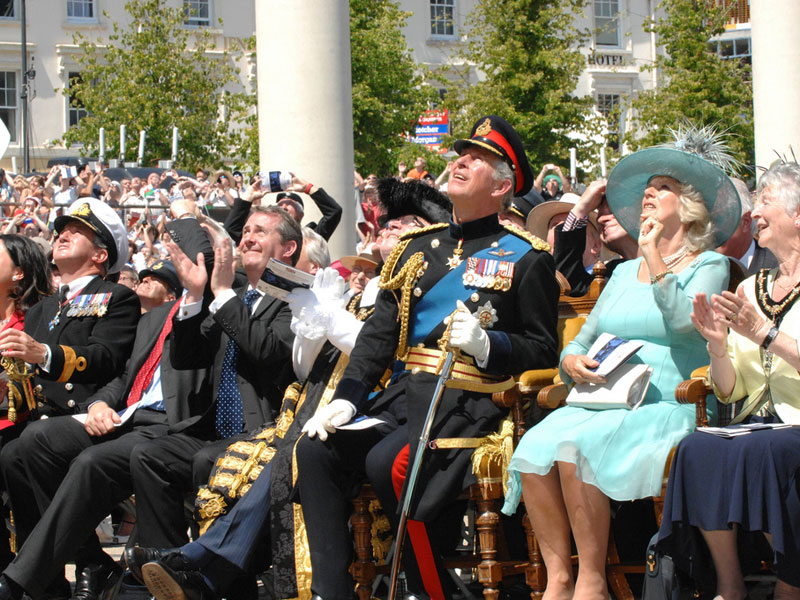 Or you can risk having your legs blown off in return for being treated like a minor celebrity. You can enjoy the furious adoration of those same people who’ll otherwise treat you with utter disdain.

It’s the establishment presenting the choice between being stomped on the head or receiving a pat on the back. And the only thing they ask is that you’re prepared to kill and be killed.

You might end up being horrifically injured. You may question what’s heroic about invading and occupying weaker countries – for no particular reason. Why using hi-tech military weapons to slaughter a peasant population is considered to be the height of heroism.

And whether you’re helping to defeat terrorism or to create it. But still…

You’ll have the comfort of knowing that if you do get injured, you’ll be wheeled out at sporting events. You’ll have Christmas charity songs sung in your honour by Katherine Jenkins.

And if you’re really lucky, and not too horrifically injured, you may even get a visit from Carwyn Jones during one of his media walkabouts. He’ll thank you; smile weakly and then walk away.

The Green Green Grass of Drone