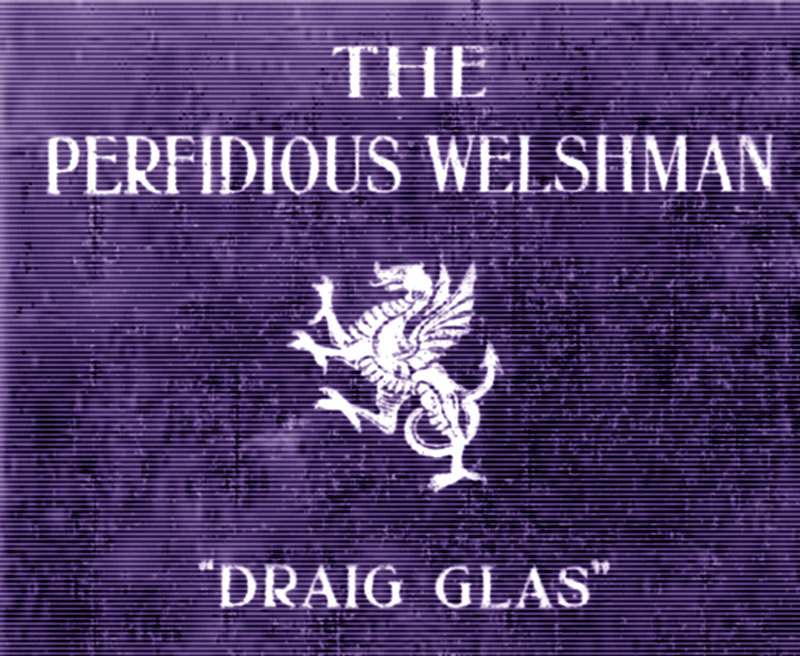 Lloyd George called it “foul garbage”. Meetings were held throughout Wales to denounce it.

Newspapers printed angry letters and speculated about the identity of the mysterious author; known only as ‘Draig Glas’.

This was all caused by the publication in 1910 of a book called The Perfidious Welshman. It was a 150-page rant against Wales and the Welsh. It was nasty, bigoted and entertaining – in a grotesque kind of way.

It starts with this:

And it froths on in a similar manner until the end. The Welsh are liars and born-thieves. They’re oversexed. They’re drunks. They’re religious nutters. The language and culture’s crap. They’re physically and mentally inferior to the Saxon etc etc.

It was the same kind of carefully packaged bigotry that’s spouted these days by the likes of Richard Littlejohn and Katie Hopkins. It’s designed to shift units – to sell papers and attract clicks. You say something nasty and unfair and reap the rewards as people compete to be offended.

So while the Welsh press was speculating about the identity of ‘Draig Glas’; thinking it must be some Welsh-hating politician or academic, the truth was more mundane. He was a chicken farmer called Arthur Johnson.

There’s not much known about him but he appears to have moved to Caernarfonshire some time in the 1890s and when he wasn’t cleaning out chicken sheds; he was a gardener and a jobbing author. He wrote around a dozen books; mostly dull things about fishing and plants.

The Perfidious Welshman was his attempt to cash-in on a type of book, popular at the time, which slagged off different nations: The Unspeakable Scot, The Wild Irishman and The Egregious English.

In Johnson’s book, he gives the impression that he’s an English person who has immersed himself in the Welsh language and culture; giving him the authority to spit it back out. But his misspelt Welsh pseudonym, “Draig Glas”, suggests he wasn’t a Welsh speaker. 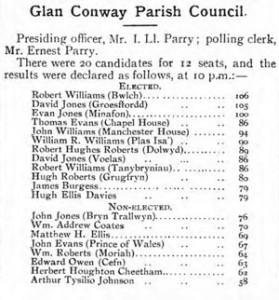 If he did hold a genuine grudge against the Welsh, it may be because they didn’t like him much either. Or at least, the people of Glan Conwy didn’t. He stood as a parish councillor in 1907 and managed to come last out of 20 candidates.

But Johnson deserves credit for his trolling abilities because having successfully pissed off so many Welsh people with one book; he then released a second, The Welshman’s Reputation, which railed against his own bigoted remarks.

This was also written anonymously; this time using the name ‘An Englishman’, and was generally praised by the Welsh press as being a fitting response to that idiot ‘Draig Goch’. He released another book designed to outrage called Madge Carrington and her Welsh Neighbours – but nobody bought it.

So Draig Goch’s trolling days were over. His final book was the provocatively named Plant Names Simplified and he died, aged 83, in 1956. Whatever his reasons for writing The Perfidious Welshman, it’s a reminder of the bigotry which was used to attack Wales in the C19th.

Because while Johnson was writing a kind of clumsy satire; the same kind of bigotry towards ‘Taffy’ was the real-world position of the London establishment. It was an attitude shared by the press and the Government; who used it as justification for their attack on the Welsh language and culture.

The 1847 commission into the state of Welsh education, known as the Blue Books, was just as savage and demented as anything found in The Perfidious Welshman. But instead of being used to shift books; this was used to justify the removal of the Welsh language from Welsh schools.

It’s the fundamental reason why the majority of Welsh people are no longer able to speak their country’s language.

Here are some extract from the evidence submitted to the Blue Books.

This brilliantly swivel-eyed slab of bigotry was used to conclude the section of the report on the state of Welsh schooling in North Wales: 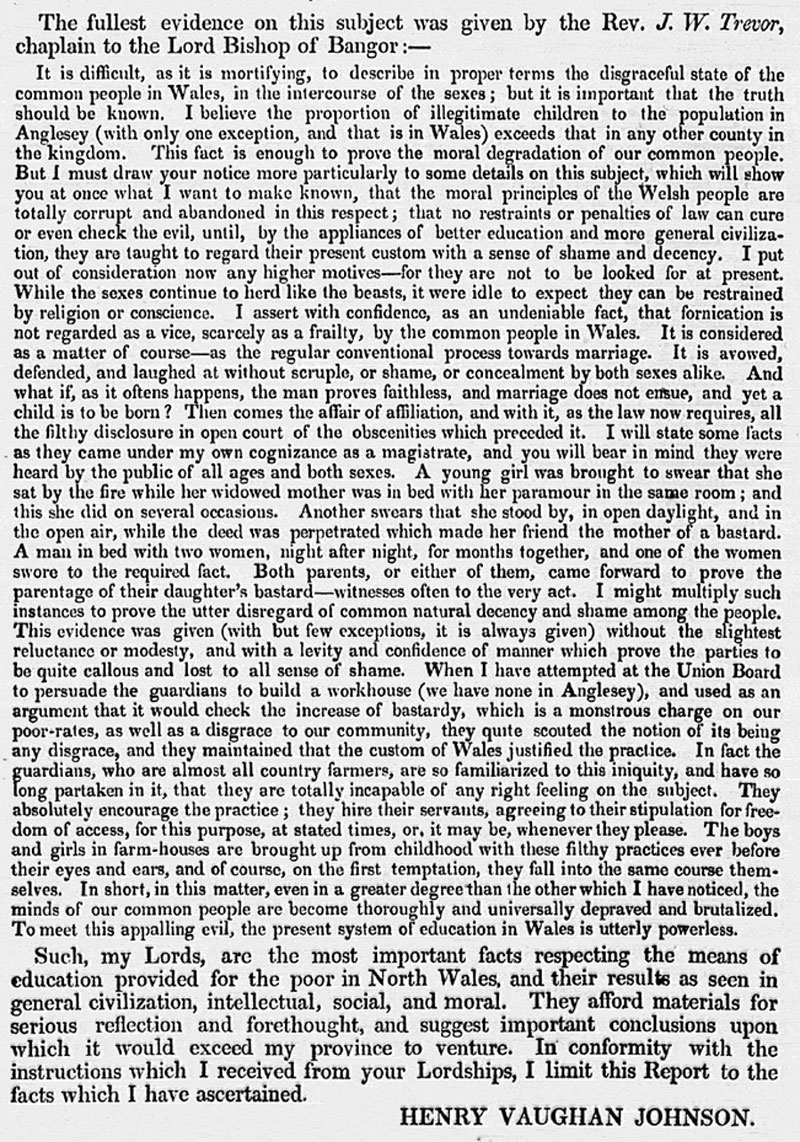