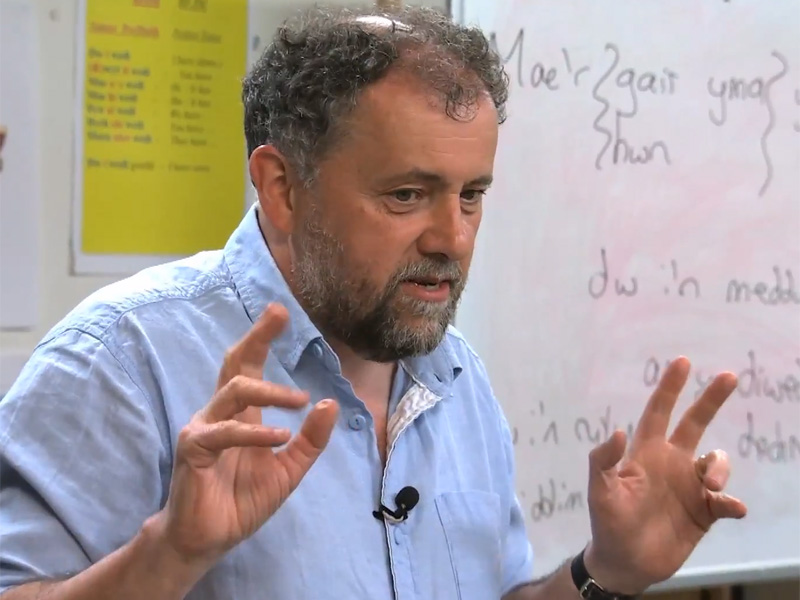 If you’ve been taught at an English medium school in Wales then you’re the product of a deranged experiment.

State schools were introduced into Wales as part of an attempt at social engineering, launched in the mid C19th. This was a time when around 80 percent of the Welsh population spoke Welsh. But a London establishment had developed a belief that the Welsh language was a kind of social disease; it was helping to make Welsh people violent, stupid, over-sexed and ‘uncivilised’.

These were the findings of a government report published in 1847; commonly referred to as the Blue Books. The solution decided upon was to remove the Welsh language from education by setting up state schools which would teach children only English. Which is what happened.

So while our parents’ grandparents were mainly bilingual – we’re now mainly English monoglots. We live with the consequences of the Blue Books. Our experience of Welsh is at GCSE level. It gives us the pain of learning a language, with little gain. You leave school with a handful of phrases, a kind of tourist Welsh, which leaves you feeling like an outsider in your own country; your nose pressed up against the window.

For many this leads to bitterness and resentment. Through no fault of your own, you are locked out from a big chunk of your own culture – so you reject it. Others react differently, by trying to learn Welsh as adults. It’s something that Ioan Talfryn has been helping people to do for the past 25 years. 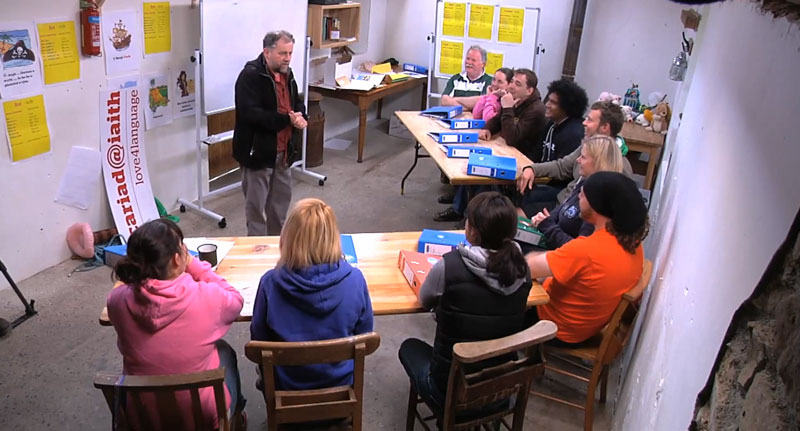 He’s the founder of a Denbighshire based organisation called Popeth Cymraeg and the innovative techniques his courses use have helped thousands of people to reconnect with the Welsh language.

He has helped to develop an accelerated learning method called De-Suggestopedia; you can see it in action on the recent S4C Welsh learning series Cariad@Iaith. He speaks five languages and gives talks throughout the world as an expert on second language teaching. You can find out more about Popeth Cymraeg here,

But for all the success he’s achieved with teaching Welsh to adults, it doesn’t get to the root of the problem. He believes a much more fundamental change is needed if we’re to start repairing the damage caused during the C19th. 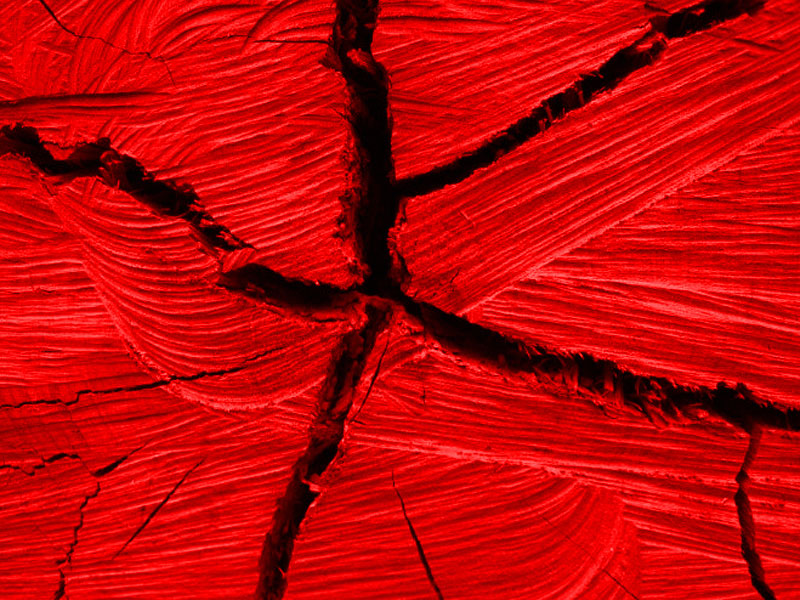 I come from a fairly traditional Welsh medium background in the south Wales valleys but because of my personal history, I tend to look at Wales partially from an internationalist perspective.

My wife is American, when I was younger I did a lot of work with Latin American solidarity groups and many of my closest friends have been people from other countries. Even Popeth Cymraeg, or Canolfan Iaith Clwyd as it was originally called, was set up following a Cymru Cuba meeting in Rhyl back in 1988.

Although I have worked in the field of Welsh for Adults for the past 30 years my training as a De-Suggestopedic teacher has meant that the most fruitful connections I have made as regards language teaching have been with people in places such as Bulgaria, Japan, Australia and Norway.

Why is keeping the Welsh language important?

I’m not one of those people who believes that the Welsh language is the most important aspect of life in Wales; more important than things such as health and poverty and general community welfare.

But I do believe that all these aspects are inter-linked and that the decline in the Welsh language, our general health as a people, our low economic status, our lack of self-esteem, our housing problems etc are symptoms of the fact that we are, historically speaking, a colonised people.

The tragedy of Wales is that the economic and social discontents have been divorced from the linguistic and cultural discontents whilst, in my opinion, they are merely two sides of the same coin.

How do you see the relationship with England?

When I used to host visits from Latin American activists to Wales they would always understand instinctively that we in Wales were in a colonial relationship with the powers that be in England, something that the English left, and some sections of the Welsh left as well, were often unable, or unwilling, to see.

Whereas my stance is that Wales is in a colonial, or post colonial, relationship with England that does not mean that the current English population bears any collective responsibility for that.

Over the last 30 years I’ve taught Welsh to many English people, and people of other nationalities as well, and in my opinion the demarcation line is not between peoples of differing nationalities but between those who a have a heightened sense of social justice and those who don’t.

If people don’t see that the treatment of the Welsh language is an historic injustice then I think they need to redefine their concept of injustice. Putting an end to the historically colonial cultural relationship between Wales and England would be liberating for both sides. We need to become good neighbours. 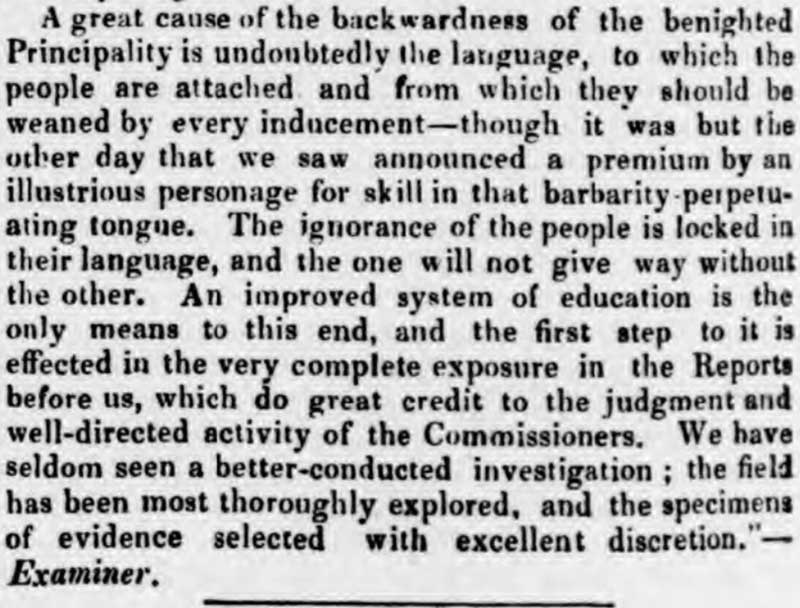 How can the decline of the language be reversed?

I think it’s quite clear that the only way to do that is to move towards turning every primary school, initially, into a Welsh medium school and then building upon that.

Primary school children will acquire Welsh easily whereas if you teach Welsh as a subject for a few hours a week at most, especially to teenagers, you’re setting children up to fail. Once children become adults very few of them will have the opportunity or the time and energy to devote themselves to learning Welsh.

As things currently stand, if children leave school not fluent in Welsh then 99.5% of them will not become fluent as adults. For the vast majority an English medium education is a life sentence.

For me, revamping the education system in Wales is the only way forward and opens the door to all Welsh people and incomers, of all classes and backgrounds.

What lessons can be learnt from other countries?

Looking at models of education and attitudes towards learning languages in other European countries the question arises if places like Holland, Norway, Iceland, Bulgaria etc. (the list is endless) can produce generations of multi lingual individuals why can’t we even ensure that our young people leave school fully fluent in Welsh and English?

It’s because we are still under the shadow of the Blue Books and 19th century attitudes to linguistic abilities i.e. the brain has only so much space – if you fill it up with Welsh there won’t be enough room for English.

Young people in other parts of Europe think nothing of speaking four or five languages fluently. When it comes to attitudes to learning languages the British in general think that somehow or other they have defective language learning genes.

Or it could be that feigning stupidity forces other people to learn English. Whatever the reason, I think other countries will leave Britain way behind. They’ll take English as a lingua franca, thank you very much, but then they’ll give null point to the UK, just as they do in Eurovision.

It is my hope that we in Wales can be more European in our attitudes. That is why we have set up a sister organisation to Popeth Cymraeg called Rhagoriaith Cymru Cyf. – Gwalia Multilingua (we’re still not decided on the international name).

Only 18 percent of the UK population is able to speak more than one language.

What are the aims?

What we will be pushing is the idea that everyone in Wales should be able to speak at least three languages, Welsh, English and another European language.

To do this we need to remove the psychological barriers and raise people’s expectations of what is normal. Most UK residents believe that it is ‘normal’ to speak only one language.

This is a parochially British self-limiting belief which is definitely not the norm in Europe. This is a great interest of mine since it is central to De-Suggestopedia, the teaching method which I use to teach Welsh to adults but which was used to great success in general in the education system in Bulgaria.

So, my priorities – start arguing now for the transformation of the education system in Wales and work to turn every Welsh primary school into a Welsh medium primary.

Not only will this create generations of Welsh speakers it will raise educational performance across the board (we know this from international research) and will roll back the insidious effects of the accurately named Treason of the Blue Books.

I think both Ireland and Scotland had different gauntlets cast at their feet; Ireland picked up hers and Scotland may possibly pick up hers as well, whether in the immediate future or within a generation or so.

The Taming of the Taffy