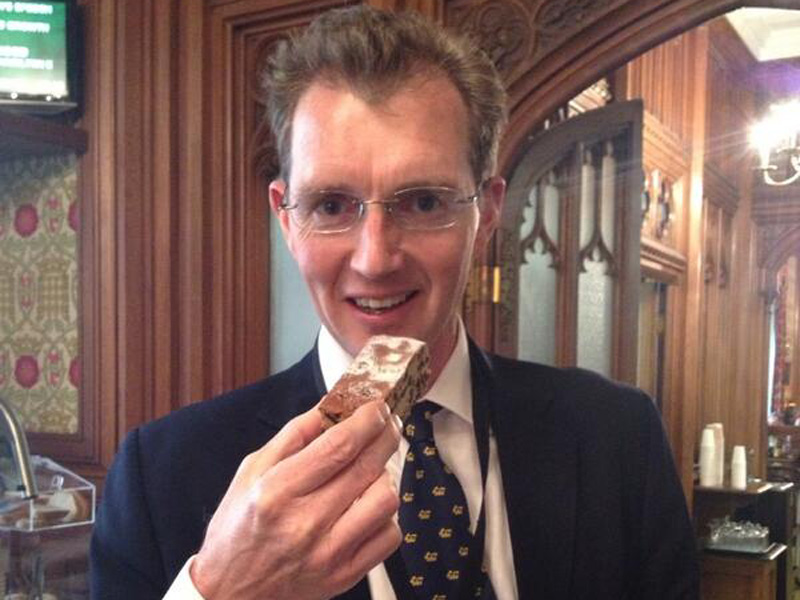 Heterosexual Welsh MP and a fruitcake.

It’s a question often being asked of the Monmouth MP – a burden he has to carry on his rugged shoulders.

Because wherever he goes, he leaves behind a trail of people questioning his sexuality – wondering if he really is the most heterosexual man in Wales.

Of course, it’s hard to accurately gauge these things, it’s not an exact science. But he certainly must rank up alongside the likes of Max Boyce and Lawrence of Arabia as an example of Welsh manliness.

It’s what makes him the ideal crusader to defend the rights of Welsh heterosexuals against the threat of married gay people. It’s the reason this red-blooded warrior has been leading the fight against the same-sex marriage proposals.

He’s described them as being “barking mad”. He has said: “I think most parents would prefer their children not to be gay.”

It’s the reason he has a page on his website devoted to his opinions on gays. It’s why he likes to send letters to local newspapers, warning them about the dangers of these married gays. It’s almost like he’s obsessed.

But that’s only because he sees it as an attack on everything he represents – this rosy-cheeked Tory with a track record of being almost outrageously heterosexual. Here’s a man who gravitates towards places where he can find manly men, just like him.

A former lorry driver. A member of the Territorial Army. A special constable. His whole life has been a swirl of men and uniforms and Yorkie Bars – it positively screams heterosexuality. And then there’s his love of boxing.

The boxing gym is the place where MP David Davies can escape from the pressures of being obsessed with gays. It’s a place where he can strip off his ill-fitting suit and expose his hairless chest to the elements. A place where he can spend some quality time with big burly guys – who’ll also be bare-chested. Where he can relax and sweat profusely and take in a big swig of masculinity.

It’s what gives David Davies the energy and drive to continue his tireless crusade against the gay marriage proposals. It’s what makes this MP for Monmouth a true contender for the title of the most heterosexual man in Wales.