The shutting down of Welsh industry; the ripping apart of communities with no plans to rebuild them – that was bad.

But it’s 30 years since the miners’ strike; it’s time we stopped grumbling and looked for some positives. Because it may have condemned generations to poverty and despair but we did gain the Flying Pickets.

And let’s not forget the glory of Ebbw Vale Garden Festival. These bi-yearly festivals were the UK Government’s way to cheer up those communities they had just destroyed. They did this by plonking temporary amusement parks – without any amusements – into industrial wastelands.

All it took was a patch of industrial wasteland, a few diggers, shrubberies, some corporate sponsorship and, in the case of Ebbw Vale Garden Festival, a large plastic dragon. Suddenly everything was OK. 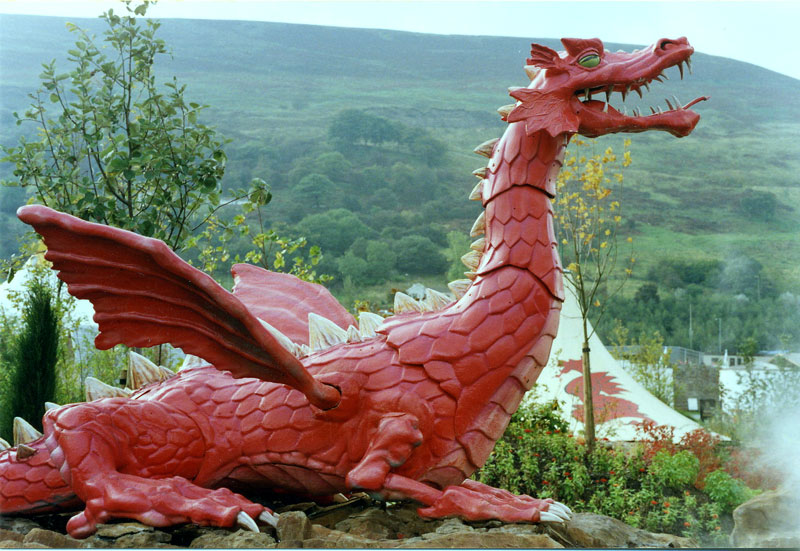 But there was another place the miners’ strike managed to touch, the imagination of a Japanese anime artist called Hayao Miyazaki. As the co-founder of Studio Ghibi, he is placed alongside the likes of Spielberg and Disney as a movie creative. He’s best known for the Academy Award winning Spirited Away.

But back in 1984, he was still relatively unknown, and looking for something to fire his creative juices. He found it during a visit to south Wales as he travelled through some of the coal mining communities which were struggling through the bitter year-long strike.

Here’s what Miyazaki said in a 2008 interview:

“I was in Wales just after the miners’ strike. I really admired the way the miners’ unions fought to the very end for their jobs and communities, and I wanted to reflect the strength of those communities in my film.

“I admired those men, I admired the way they battled to save their way of life, just as the coal miners in Japan did. Many people of my generation see the miners as a symbol; a dying breed of fighting men. Now they are gone.”

He returned to Wales two-years later, in 1986, as he started to sketch down ideas for a film that would become Laputa: Castle in the Sky. It’s an animated fantasy which starts in a valley mining community invovled in a fight against an authoritarian enemy which is plundering their resources.

The floating castle which features in the film is believed to have been roughly based on Powis Castle, near to Welshpool. You can see a similar type of garden terrace used in the castle’s design.