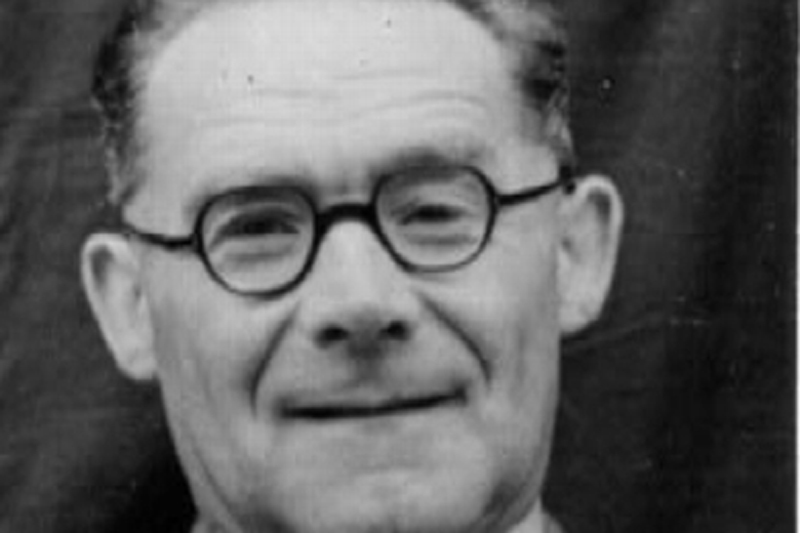 It’s best known as that jingly jangly song by The Byrds and has become a folk rock standard, recorded hundreds of times by everyone from Cher to The Alarm.

But if it wasn’t for American folk singer, Pete Seeger, the haunting lyrics to Bells of Rhymney would have remained an obscure poem by a Welsh miner turned poet called Idris Davies.

He wrote it during a four-year stint on the dole. From the age of 14, he had worked as a miner at the Mardy Colliery in Rhondda Fach,, south Wales. But at the age of 21, he was involved in an accident which resulted in him losing part of a finger. With his injury and the disruptions caused by the 1926 General Strike, he found himself jobless.

He used this period of unemployment to educate himself, something he called, “the long and lonely self-tuition game”. He would spend his days in the local library. He also started to write poetry, in both Welsh and English. His writing was influenced by the bitterness and hurt of the mining communities around him.

Despite the vast wealth created by the country’s coal industry, Welsh people found themselves living in one of the most depressed areas of Europe with unemployment hitting 85 percent in places such as Abertillery during the early 1930s. The infant mortality rate doubled from 56.6 per 1000 children in 1930 to 118.8 in 1934.

Davies was given encouragement to continue writing by the likes of Dylan Thomas and TS Eliot. It was Eliot,  in 1938, who would publish his first collection of poems, Gwalia Deserta (Wasteland of Wales). This included a poem ‘XV‘ that was only 123 words long but managed to create a tapestry of the various ways south Wales had been affected by the decline of mining.

O what can you give me?
Say the sad bells of Rhymney.

Is there hope for the future?
Cry the brown bells of Merthyr.

Who made the mineowner?
Say the black bells of Rhondda.

And who robbed the miner?
Cry the grim bells of Blaina.

They will plunder willy-nilly,
Say the bells of Caerphilly.

They have fangs, they have teeth
Shout the loud bells of Neath.

To the south, things are sullen,
Say the pink bells of Brecon.

Even God is uneasy,
Say the moist bells of Swansea.

Put the vandals in court
Cry the bells of Newport.

All would be well if — if — if —
Say the green bells of Cardiff.

Why so worried, sisters, why
Sing the silver bells of Wye.

Davies didn’t find too much success during his lifetime. He spent much of the time working as a teacher and only had two other published poetry works. He died from stomach cancer at the age of 48 while staying at his parents’ home in Rhymney.

But in 1954, one year after his death, a collection of Dylan Thomas essays was published in America called ‘Quite Early One Morning’ and this included a reprint of Gwalia Deserta XV.

This happened to be spotted by a young folk singer in California called Pete Seeger who decided to put the words to music, first recording it in 1957 with blues musician Sonny Terry. And the rest is…

Seeger would later go on a pilgrimage to Rhymney to visit Idris’s mother.