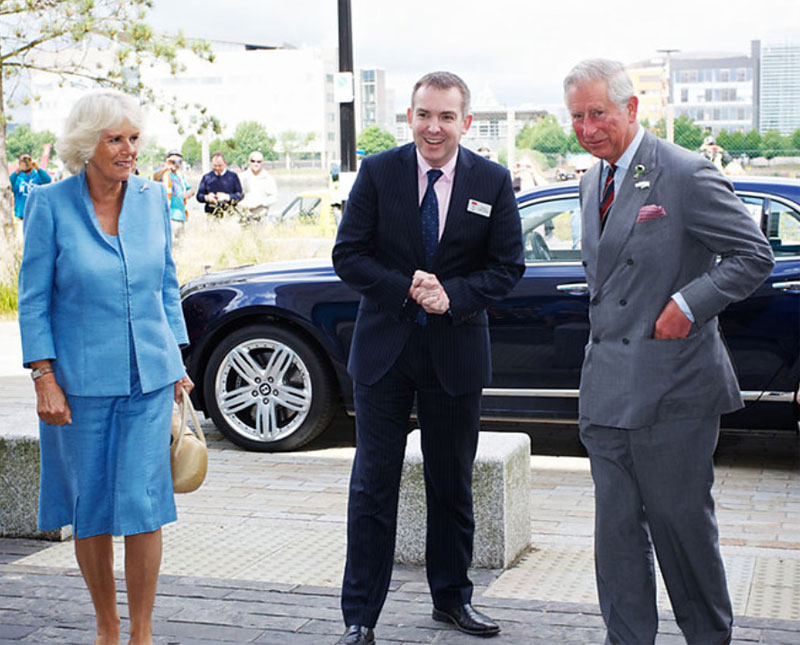 He controls much of what Welsh people see and hear.

He’s the man responsible for feeding us a diet of docs about Jamie Owen’s love for sailing and topical radio phone-ins about the best way to cook potatoes.

When little Rhodri was born, it was pre-ordained that he would, one day, follow in the family tradition of controlling the Welsh media.

His dad, Geraint, was the BBC Wales controller from 1990 to 2000. His great-grandfather, Aneirin, was the BBC’s Head of Welsh Programming. Aneirin’s brother, Alun, was the vice-chairman of HTV.

As a family, they’ve helped to ensure that so much of what’s broadcast in Wales has been filtered through the thick and protective lens of BBC Britishness.

And we certainly don’t start poking around into the affairs of the Talfan Davies family. That’s despite the BBC’s claims to be dead into openness and accountability and all that.

So we know from the BBC website that Rhodri Talfan Davies has personal interests that needed to be declared.

These are contacts or relations which could cause a conflict of interests.

Great stuff…so what are they?

That’s the thing – BBC Wales won’t say. The rest of the form, in which he’s supposed to list these personal interests, has been left blank.

And a Freedom of Information request to BBC Wales is met with a bizarre refusal on the grounds of the Data Protection Act. 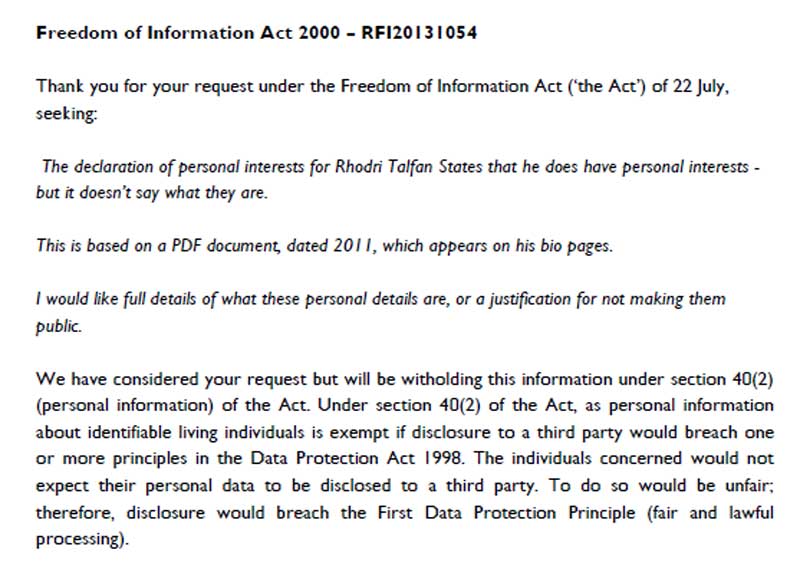 If you look at the BBC guidelines, this use of the Data Protection Act is designed to protect low-level staff and not one of the BBC’s most senior management bods.

It’s daft because it’s likely to be stuff which is already known. Rhodri’s father and brother are both listed as directors of a Cardiff media company called Severn Screen. No big deal.

But as part of a family which has had such a strong role in the Welsh media – this kind of thing should be out in the open.

Royal Supporters? Aye, Poll The Other One