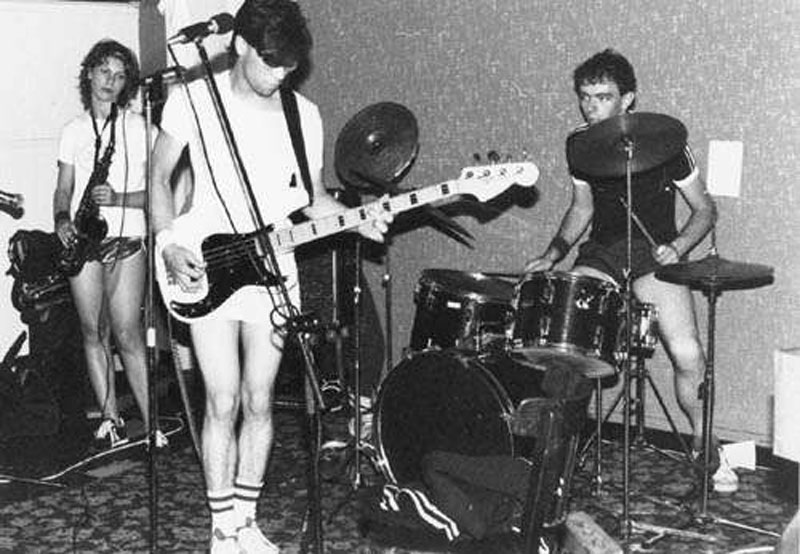 What you’re seeing here is the brief moment in human history when Bangor band Kärnarvøn Kästle was, quite possibly, the greatest thing in the world.

Here’s a description of the group’s short but eventful life taken from the ace Link2Wales website:

Played only one gig; at Glanrafon, Bangor (13.08.82). The group stood out from many of the other names of the period by their eccentric policy of only rehearsing at sunset in the deserted Iron-age village of Tre’r Ceiri, on the summit of a mountain some 25 miles from their home.

After carrying out this strange ritual three times a week for the month leading up to their gig, the group then spent an hour jogging around the streets of Bangor that evening before running straight onto the stage to perform.

To further complicate matters, their set was then performed largely on instruments they hadn’t previously played the material on, due to the obvious logistical problems of carrying them up the mountain – only the saxophones and trumpet had featured in rehearsal. Despite this the spiritual unity, telepathic intuition and discipline instilled by their rigorous routine almost paid off, and their performance teetered at times on the edge of competence.